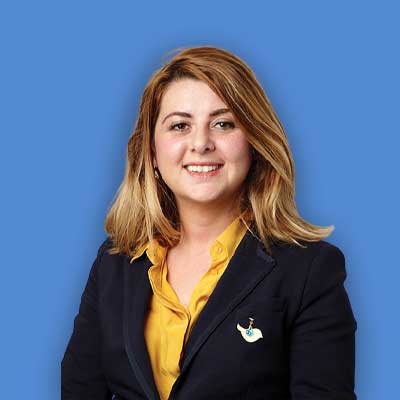 Aşiyan Süleymanoğlu specializes in dispute resolution and practices as a professional mediator, negotiator, trainer and conflict management consultant. She is an internationally trained educator, and an independent adviser on mediation policy to international bodies and national governments. She runs a busy national and cross-border mediation practice alongside teaching and trainings. She has more than 12 years field experience working on multi-million dollar international ADR projects. In 2013, she was selected as one of only 12 international JAMS Foundation International Weinstein Fellows and observed Alternative Dispute Resolution (ADR) practices and worked with leading mediators based in San Francisco, Washington DC and New York. She is one of the first mediators in Turkey, and since 2015, under the FCO grants, she acted as the program consultant and director of the Improving Access to Justice Turkey through the ADR Mechanisms I-II project sponsored by the British Embassy in association with Ministry of Justice, Mediation Department.

She directed a negotiation project called “Commercial Mediation at the Grand Bazaar,”for which she conducted a public awareness campaign and improved the implementation of Turkey’s Law on Mediation for the resolution of disputes over 3500 shops and more than 25000 businessmen in Istanbul, Turkey. Since 2011, she has over 1000 hours of international training experience and also provided trainings to more than 2500 professionals. She has also been giving trainings on conflict resolution, gender equality, women rights, combating violence against women, mediation, negotiation and advocacy skills at Istanbul Bilgi University, Kemerburgaz, Okan and Hasan Kalyoncu Universities.

She was the visiting scholar at Stanford Law Faculty, Gould Negotiation and Mediation Program in San Francisco and Columbia University Law Faculty, Mediation Clinic in New York. She is the editor of the translation of the Mediation Advocacy and Preparation for Mediation books. She acted as judge in international mediation and negotiation competitions at the ICC in Paris and IBA- VIAC in Vienna. Asiyan is also member of the European Network of International Family Mediators, experienced in cross-border negotiations and mediations. During her career, she has worked with the business associations, chambers, lawyers, judges, prosecutors, law faculties, bar associations, human rights clinics and human rights organizations in a number of countries including Turkey, Syria, Iran, Egypt, Pakistan and the Philippines. She has served as a panellist at mediation conferences in many different countries. She is the founder of the Akina Consulting; which develops innovative training materials and international consulting services on project design, management and implementation. She is native in Turkish and fluent in English.